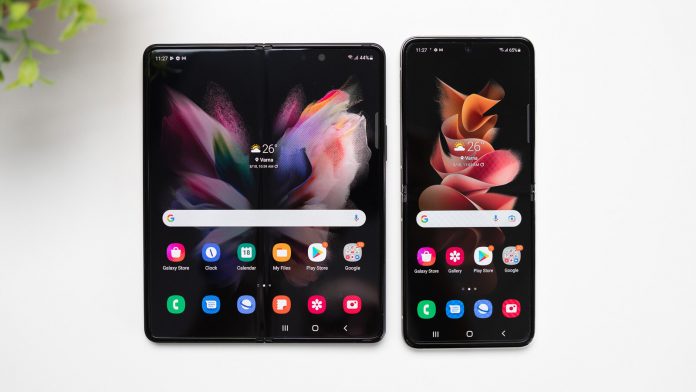 Both the Galaxy Z Flip as well as the Galaxy Z Flip 5G ended up getting their first stable Android 12 update last month, however, this release was rather limited as it was only for Asia and Europe. Now though, this has changed last week as both the models got the same delivered to them just last week in the US. And now, Korean manufacturer Samsung has started with the process of rolling out One UI 4 for the foldable duo in Canada – and hence almost going on to complete the roll out as far as the North American continent happens to be concerned.

The update with the respect to the Galaxy Z Flip is available across Bell Mobile, Rogers, Telus as well as Videotron carriers.

In a much similar fashion then, the Galaxy ZFlip 5G has also gotten updated on almost all carriers, including bell mobile, Fido mobile, koodo mobile etc etc.

The only catch then that we can see with respect to this update is the fact that it has given a miss to the latest February patch – coming with the one from December instead. In any case though, if you haven’t been on the receiving end of the OTA update thus far, then you can go on and perform a manual check by heading straight to settings and from there to software update.

Both the Galaxy Z Flip as well as the Galaxy Z Flip 5G happened to have been launched back in 2020 with the aid of Android 10, which of course was based on One UI 2.0. Both the devices then made it to the three year Android upgrade support list, which then refers to the fact that they’ll be getting Android 13 when it ends up going live.

Everything You Need to know about Poco F4 GT

Phone with a 4-sided curved display patented by Samsung