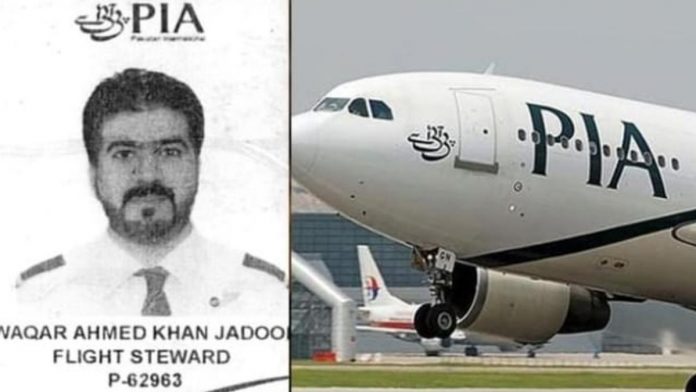 According to sources, Waqar Ahmed Khan Jadoon, a flight attendant of PIA Flight PK781 carrying passengers from Islamabad to Toronto Canada, disappeared from the hotel where he was staying.

His disappearance was reported when senior airline staff tried to contact her. PIA flight attendant Waqar was staying at the hotel with other staff.

The disappearance of the flight attendant was due to his failure to arrive on the return flight. Waqar Jadoon was to perform flight steward duty on the flight from Toronto to Islamabad on January 23.

According to sources, the missing air hostess has reportedly gone missing for immigration purposes. Earlier, members of the PIA flight crew had arrived in Toronto and disappeared from the hotel for immigration.

In this regard, the PIA spokesman said that disciplinary action would be initiated against Waqar Jadoon after the police report.

The spokesman said that his family members were also being questioned and Waqar Jadoon’s dues would be confiscated and he would be fired.

Finally a Samsung phone to come with an In-display fingerprint scanner?

K-electric: digitalisation of system or a new trap of corruption?