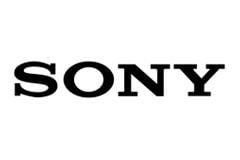 In march. Microsoft, revealed inherit support for the cross-play platform held between the two biggest technical developments; XBOX ONE and WINDOWS 10. A part of the wordily conspiracy was:
“other console and PC networks”
That actually kept the minds of the gaming community pondering that whether really cross playing platform was the next to come!
Here’s to what the EXECS told to the GAMESPOTS:
“PlayStation has been supporting cross-platform play between PC on several software titles starting with Final Fantasy 11 on PS2 and PC back in 2002. We would be happy to have the conversation with any publishers or developers who are interested in cross-platform play.”
Since the Sony seems to row there boat in a sea of lack of interest and disgrace. The developers of some famous worldwide games like ROCKET LEAGUE and THE WITCH 3 have both been in touch with Sony about the issue that what is actually keeping Sony to proceed with the cross platform play held between the consoles and the PCs. Sony once seemed spacious to this idea but now seems to ban it.
Psynoix president Jeremy Dunham, the studio behind Rocket League, told IGN:
“We’re literally at the point where all we need is the go-ahead on the Sony side,” said Dunham, “and we can, in less than a business day, turn it on and have it up and working no problem. It’d literally take a few hours to propagate throughout the whole world, so really we’re just waiting on the permission to do so.”
In rightness, Sony’s objective to open this platform is not yet minded by them, but the sales of PS4 for the gaming community have increased the chart of sale to only a minor degree.

Windows Wireless Mouse is Now On The Go