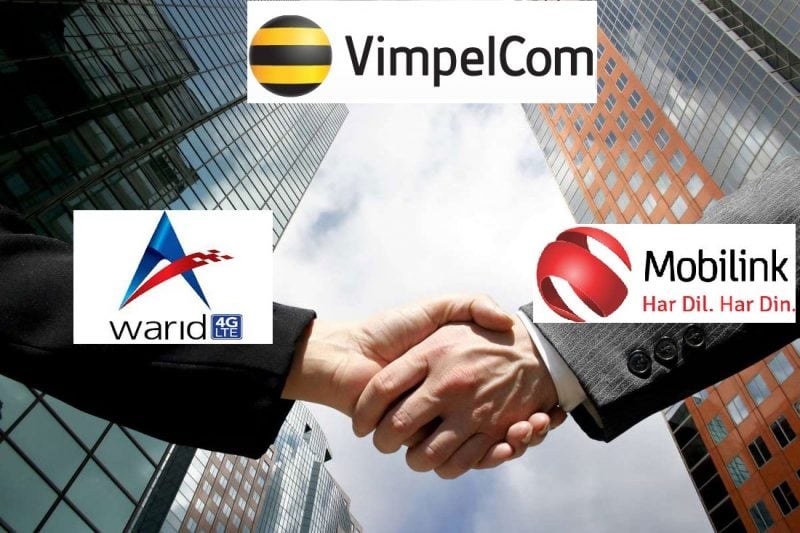 – VimpelCom, Global Telecom Holding (GTH), together with Warid Telecom Pakistan and Bank Alfalah (Dhabi Group shareholders), today announced the completion of the transaction to merge Pakistan Mobile Communications Limited (Mobilink) and Warid Telecom (Warid), creating Pakistan’s next generation digital telecommunications provider. Over 50 million customers in Pakistan will benefit from high-speed mobile telecommunications and a best-in-class digital mobile network. The combined Mobilink and Warid entity will be the leading telecommunications provider of 2G, 3G and LTE services in Pakistan, providing higher quality national voice and data coverage, faster downloads, and a wider portfolio of products and services. Jean-Yves Charlier, Chief Executive Officer of VimpelCom, said: “VimpelCom continues to make significant progress against its transformation program. This market consolidation represents a further step in our strategy to strengthen our position in the markets in which we operate. As the VimpelCom Group focuses on an ambitious digital transformation, we are investing in revolutionizing our technology core and product portfolio. We look forward to bringing innovative new products and services to our customers in Pakistan.” Chairman of Dhabi Group, His Highness Sheikh Nahayan Mabarak Al Nahayan, said: “I am very happy that we have arrived at this milestone today which marks a unique moment for the Pakistan telecom sector. It is very positive news for Pakistan’s economy. The Dhabi Group remains committed to Pakistan and its economic progress and I would like to thank all the relevant authorities for their support in closing this transaction. I am confident that together, the combined businesses will continue to deliver excellence to their customers while contributing positively to the business environment in Pakistan.” Mobilink and Warid will benefit from VimpelCom’s USD 1 billion1 investment into building one of the largest and most ambitious IT infrastructures in the industry. The Group’s new digital systems will enable faster roll-out of new local products and services, particularly in the areas of mobile entertainment, communications, the Internet of Things, and mobile financial services. Through this, Pakistan’s digital development will be elevated to the next level, further reducing the digital divide. VimpelCom, GTH and Dhabi Group announced the agreement to combine their Pakistan telecommunication businesses on 26 November 2015. The completion of the transaction follows regulatory approval2 from all the relevant authorities and the subsequent exchange of shares. Mobilink has completed the acquisition of 100 percent of Warid’s shares, and the Dhabi Group Shareholders have acquired 15 percent of the shares of Mobilink3 .

With the completion of the merger transaction, Mobilink now enters the next major phase of its transformation and Chief Executive Officer Jeffrey Hedberg will hand over the CEO role of Mobilink and Warid to Aamir Ibrahim, currently Chief Commercial Officer and Deputy CEO of Mobilink. Aamir will drive forward and execute the Mobilink and Warid integration,supported by a world-classtransformation team from the VimpelCom Group. Mobilink’s turnaround over the past two years has shown significant improvements in service revenue growth (from -5% to +12% year on year), ARPU (from -11% to +15% year on year) and increased EBITDA margins (from -3 p.p. to +4 p.p year on year). With effect from today, the Mobilink board is chaired by His Highness Sheikh Nahyan Mubarak Al Nahyan, with Jon Eddy as Vice Chairman and consists of five other directors nominated by VimpelCom and GTH. The Warid board is chaired by His Highness Sheikh Nahyan Mubarak Al Nahyan, with Jon Eddy as Vice Chairman and consists of three other directors nominated by VimpelCom and GTH. On conclusion of the legal merger, the combined entity will have a single board and management structure. As of today, Aamir Ibrahim becomes the CEO of both Mobilink and Warid. Andrew Kemp, the current CFO of Mobilink, will also assume the Warid CFO role. Jeffrey Hedberg, Chief Executive Officer of Mobilink, said: “Today we are delighted to bring Mobilink and Warid together. Personally, it has been an exciting and rewarding journey and I will look back with deep pride at how our Mobilink team has worked tirelessly through this rapid turnaround to make the company so successful. The results speak for themselves. I have worked closely with Aamir and the team over the last two years and as I hand over the baton, I have full confidence that Mobilink and Warid will grow from strength to strength.” The legal merger of the two companies, which will result in one merged legal entity having the same board, and management described above, is expected to be completed within approximately six months, subject to the fulfilment of the required legal processes in Pakistan. Mobilink and Warid will shortly file a petition to the Islamabad High Court in order to commence the process of legal merger. As previously stated, the transaction is expected to create capex and opex synergies with a net present value of approximately USD 500 million with an annual run rate of well over USD 100 million of free cash flow improvements by year three. The combined revenue of both companies for the 12 months to March 2016 was USD 1.4 billion4 .

Zong Achieves Highest Ever Monthly Revenue of PKR 5b