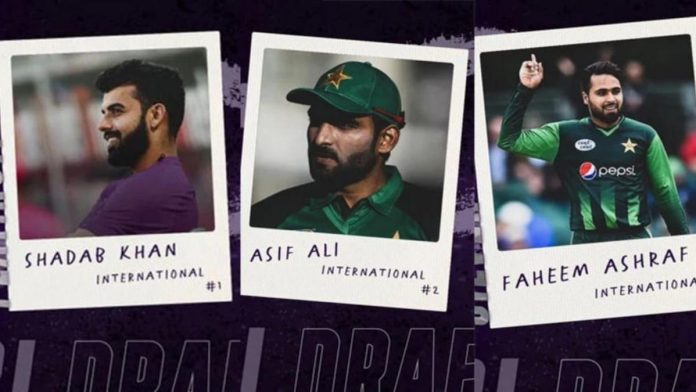 Three Pakistani players were selected by the Hobart Hurricanes in the first ever BBL Overseas Player Draft. This was the 12th edition.

Former Australian captain Ricky Ponting is the Hurricanes’ head of strategy. They chose the Islamabad United trio Shadab Khan and Asif Ali to represent them.

Darren Berry’s presence as a Hurricanes coach seems to have been the key to the signing of the trio. The former South Australia and Adelaide Strikers coach worked with Islamabad United in Pakistan Super League.

The Hurricanes chose Shadab Khan to be their platinum pick, and they also enlisted Faheem Ashraf and Asif Ali as all-rounders.

Ponting commented on Shadab Khan’s performance, saying, “He is an international leg spinner of high quality, very handy with bat as well as being a gun in field.”

Ponting described Asif Ali, a strong middle-order player, as Ponting said that the Hurricanes chose him because they wanted to increase their power in the final overs of matches. Ponting commented on Faheem’s pick and highlighted his versatility and availability for the tournament.

The tournament will begin on December 13, with Sydney Thunders playing against Melbourne Stars in their opening match.

An American reporter dies at the FIFA World Cup