Google announces the name of its newest version of Android, Google’s mobile operating system, with the unveiling of a statue in Manhattan that took place at the time of solar eclipse.

The recently announced updated software has been available for the last few months in developer beta and will arrive on devices by the end of the year.

What the “O” in Android O stands for? It has been a long guessing game.

Google names each new version of Android alphabetically following a candy or sweet as we see in the case of Nougat, Marshmallow, and Lollipop. Oreo will be following Nougat.

According to the theories, “O” stands for Oreo or it is the outcome of the solar eclipse that took place at the time of its announcement.

According to Sagar Kamdar,  Android’s director of product management,  the name of the update has been decided after the Oreo cookie,  after several late nights at its headquarters, where engineers kept grabbing the snacks.

“At our micro kitchens at Google, we have Oreos all around. Our engineers just kept eating Oreos with their glasses of milk,”.

At 14th Street Park in Manhattan, Google unveiled a statue of the latest dessert-themed update, on Monday. The same location for the announcement was selected where the first Oreo was invented.

In Google’s history,  it happened for the first time that selected to announce something on other location than Mountain View, California, headquarters. 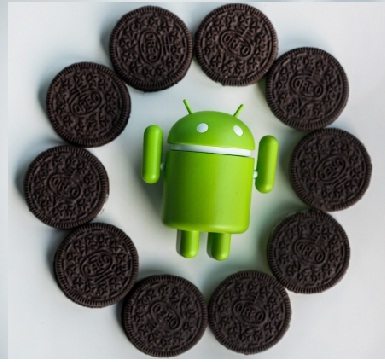 Better battery life is the biggest focus of Android, along with other noteworthy features like a new copy-and-paste tool. Android will now automatically detect either it is an address or a proper noun,  while you type a text message or write an article. In case you write an address,  the software will highlight it. Instead of suggestions like “copy” or “select all,” it may suggest a map.

Android ranks itself as most dominant mobile software on the planet, it powers nearly nine out of every 10 smartphones globally, and now it runs on everything from smartwatches to cars and TVs.

In May,  Google said the software to be running on more than 2 billion devices.

According to the company, Google suffers from a problem which industry calls “fragmentation”. The operating system has numerous hardware and carrier partners that like to add their own flourishes to the software, so getting them all to update to the current version is a constant problem for Google.

By the end of the year,  the update will be available on devices from handset makers like Samsung, Sharp, Sony, Essential, General Mobile, Huawei, HTC, Kyocera, LG, and Motorola.

According to Kamdar, the update will start rolling out soon in phases, for Pixel phone,  Nexus 5X, and 6P, making these devices first to roll out the update.