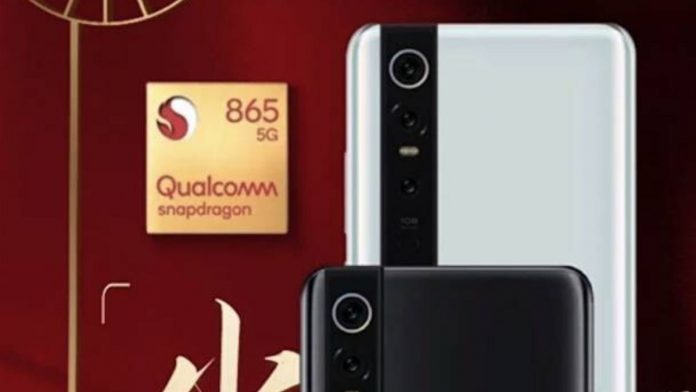 So as per the recent reports it has been predicted that the Chinese company Xiaomi’s upcoming  flagship smartphone for this year is set to arrive somewhere in between the months of February and March in 2020. The exact release date for the mobile phone device is yet to be given out by the company, but if we were to believe the latest leak surrounding the device the flagship phone, Xiaomi Mi 10 could be launching as soon as February 11.

A new uploaded poster on Weibo has revealed the Mi 10’s release date and in addition to that we have also gotten a word or two on the new device’s back design in black and white color variants. The rear end of the said device has a vertical camera layout on the top left corner which is covered with a black strip, to get some idea of the design we urge you to see the design of the Mi Mix Alpha. This particular device is set to arrive with a quad-camera setup and will be packed with what is seemingly a pill-shaped LED flash unit in the middle and another circular LED around the camera sensor at the top.

Must Read : Mi 10 set for launch just before the Galaxy S11?

Another notable thing we saw on the poster was that the camera setup also seems to be labeled with a numeric “108”, which in our personal opinion suggests the device will be equipped with a 108-megapixel camera sensor. This device will likely be paired with a predicted 48MP, 12MP, and 8MP modules with ultrawide and telephoto capabilities.

The back of the phone  also appears to be curved around the edges and the power and volume keys are placed on the right side of the device.

The poster has also suggested that the flagship, Xiaomi Mi 10 will be announced in Beijing on  February 11, 2020.

Huawei rumored to be working on an under-display camera phone